Phishing attacks are an evergreen cyber threat that companies continually have to contend with. In fact, according to statistics cited by smallbiztrends.com, “In 2018 83% of people received phishing attacks worldwide.” To put this into perspective, if your business has five employees total, then four of them have already been phished at least once this year.

What is a Phishing Attack?

The first step in stopping any cyberattack strategy is learning to recognize it. The trouble with phishing attacks, however, is that they can come in many forms. The broad definition of a phishing attack is that it’s a type of cyberattack where the attacker tries to trick a person into taking an action that may compromise their (or their organization’s) cybersecurity in some way. This can mean:

These attacks often use a form of spoofing to fool the victim into believing that they’re receiving a legitimate communication from a trusted source.

For example, a phishing email might list the sender as an employee’s direct supervisor or a company executive. Phone calls might use a spoofed caller ID to pose as a tech support department trying to troubleshoot a problem with an account. Or, attackers might create entire fake websites that spoof ones the target normally visits.

Why Cybercriminals Use Phishing Attacks

So, why do cybercriminals use phishing attacks against companies and individuals. The reasons behind a phishing attempt are as varied as they are for any cyberattack. The most common reason, however, is profit.

Phishing attacks—especially ones carried out using email or social media—are fairly easy to complete and don’t require much in the way of resources to make. Yet, these attacks can be incredibly lucrative when they succeed.

For example, say a phishing email to an accounting department gets through and a clerk approves a fake invoice for $50,000 that wires money directly into the attacker’s overseas bank account. If this trick works just one time, the attacker has made more than many people do in a year. Even if it only works once out of every 10,000 tries, the investment of time and resources to make those attempts is a drop in the bucket compared to what a single success can provide. For some companies, a $50,000 invoice might be so minor or routine as to not raise suspicion.

Worse yet, if a phisher is able to trick someone with that kind of authority into giving up user account credentials, they could use that power to steal far, far more money.

How to Prevent Phishing Attacks

Okay, so phishing attacks are a major cyber threat, and they aren’t likely to go away any time soon because of how easy and effective they are. So, what can you do to stop phishing attacks before they start?

There are a few things that organizations can do to counter phishing attacks, including:

Need help protecting your organization from cyber threats like phishing attacks? Reach out to the Compuquip team to get started. 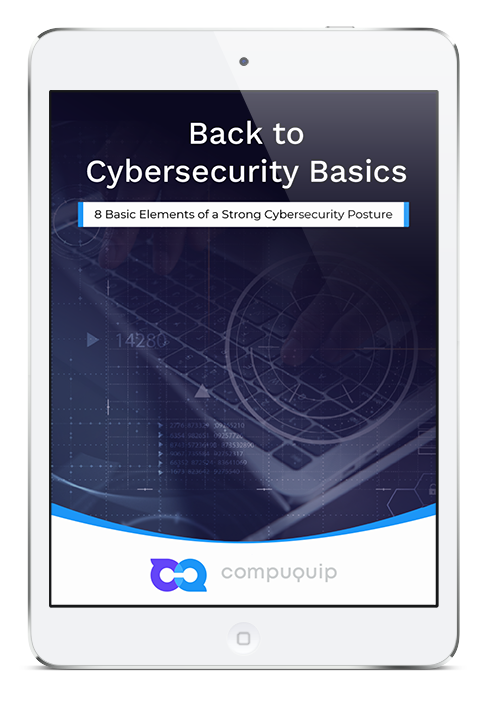 What is Phishing, and How Can SETA Programs Help?

Odds are that, by now, you’ve heard of the term “phishing” and how it relates to corporate network security. For those of you ...

How to Prevent SQL Injection Attacks

Structured query language (SQL) is a type of computer language used for database management and manipulation of data. It’s ...

This blog post will describe the concept of Phishing and how attackers configure deceiving sites to trick users into giving up ...